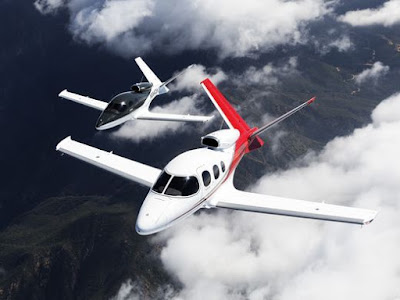 Though the price is still plenty steep for most executives and private pilots, a little jet about the length of two midsize sedans is shaking up the personal aviation market.

An aircraft maker, Cirrus Aircraft, is marketing the Vision SF50 as a plane that dramatically cuts the cost of buying a jet. It comes in with a $2 million pricetag that is billed as substantially less than that of its closest jet-powered competitor, though it's still more expensive than most piston planes.

The Vision Jet competes in the industry's Very Light Jet, or VLJ, category, which includes models like the Eclipse Canada, Cessna Citation M2 and Embraer Phenom 100. These jets generally don't require a professional pilot or a co-pilot and are targeted toward owners who will fly the plane themselves. With a maximum range of approximately 1,300 miles, the Vision Jet is meant for regional travel.

Because of its price, the jet "created its own category,” says Ben Kowalski, a Cirrus vice president. “There’s no one else there.”

The Vision Jet is aimed at both the business executive and pleasure pilot. With enormous windows and a spacious cabin that resembles the inside of a large SUV, it was designed to provide a luxury experience that's a far cry from flying a commercial plane.

It arrives in a general-aviation market troubled by a declining numbers of private pilots, creating a sales challenge for plane makers. In addition to private pilots who always dreamed of the speed and convenience of a jet -- the Vision jet has a top speed of 345 miles per hour and ceiling of 28,000 feet -- the plane is also attracting some corporate aircraft operators and charter companies, according to Kowalski.

The plane was FAA certified in October and made its first shipment in December. Kowalski says that the company currently has a backlog of 600 orders for the jet. Currently, the wait time for delivery for newer customers is about five to six years.

Cirrus, based in Duluth, Minn., says the Vision is unique with its single-engine, carbon-fiber fuselage and Cirrus’ whole-plane parachute, which allows a pilot to float the entire aircraft to earth in event of an insurmountable midair emergency. 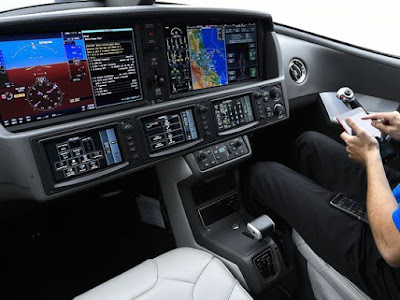 Other features include a flight control system that prevents pilots from overcorrecting, to luxuries like built-in satellite radio and USB charging ports.

But its biggest selling point is price. Tom Haines, editor-in-chief of the industry publication Pilot Magazine, says that the Vision Jet is in a "niche of its own," which can help it sell despite the soft market for VLJs. Haines called it a "step-up" airplane for piston-plane owners and said that it might even compete with some turboprops, many of which are more expensive than the Vision Jet.

Still, there are obstacles that go beyond purchase price for some private pilots. Aviation consultant Mike Flannelly says insurance, maintenance, licensing and operational costs can create a barrier that can be hard for some potential jet buyers to overcome.

“Just because you can afford the jet doesn’t mean you can jump in it and fly it tomorrow,” Flannelly says.

A chance to step up is the reason Joe Whisenhunt, 54, became the first Vision Jet customer. The Arkansas real estate developer has owned a Cirrus SR22 turboprop since 2009, and says the Vision Jet's low price, safety features and his familiarity with the brand made purchasing the jet a no-brainer. Now, he'll take the jet on a business trip with a client one week, and fly it to catch a baseball game with his kids another.

"My wife said I could fly if I could fly the safest thing in the world, and Cirrus is it," Whisenhunt says.

Cirrus' Kowalski gets it. He says it's not just about the plane's features, but also the very notion of flying your own jet.

It's been said that every bettor must watch this,