JetBlue Airways Details the Next Phase of Mint Expansion 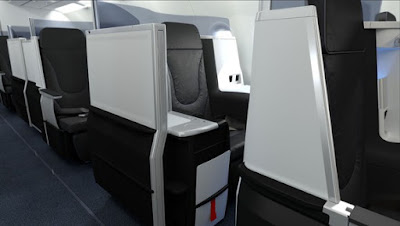 
JetBlue will offer more than 80 daily flights on its Mint premium fleet by mid-2018, transforming its financial performance on transcontinental routes.

A little more than three years ago, JetBlue Airways introduced its upscale Mint service on select flights between New York and Los Angeles. Mint flights use a dedicated fleet of Airbus A321s, featuring a premium cabin with 16 lie-flat seats, whereas other JetBlue planes have an all-coach configuration.

Not surprisingly, Mint flights have become extremely popular. As a result, JetBlue has steadily expanded the dedicated Mint A321 fleet and converted numerous routes to Mint service. On Monday, JetBlue announced the latest expansion of its Mint service, which could help it produce strong profit growth in 2018.

Mint has been a big success

Originally, JetBlue created the Mint product to solve a specific problem: the poor financial performance of its routes from New York to Los Angeles and San Francisco. As the profitability of those routes improved by leaps and bounds, JetBlue added more flights on those two routes. It then began expanding Mint to more cities. During 2016, JetBlue converted its Boston-San Francisco and Boston-Los Angeles routes to Mint service.

This growth strategy is just starting to kick in. In the first half of 2017, JetBlue added four Mint planes to its fleet, allowing it to begin service on the two Fort Lauderdale Mint routes. By contrast, Airbus will deliver 10 more Mint planes to JetBlue in the second half of the year. JetBlue also has another 11 A321s on order for 2018, many of which will come in the Mint configuration.

A new wave of Mint expansion is coming

With all of these new planes arriving soon, JetBlue is set to ramp up its Mint expansion. Between now and year-end, it will convert its New York-San Diego and Boston-San Diego routes -- and some of its New York-Las Vegas flights -- to Mint service. It is also adding an extra daily flight on the Boston-San Francisco and Boston-Los Angeles routes.

On Monday, JetBlue announced its Mint expansion plans for early 2018. First, it has decided to offer two daily Mint flights between Boston and Las Vegas, beginning in early January. In February, it will convert its two daily Boston-Seattle flights to Mint service. Its New York-Seattle flight will convert to Mint service in April, with a second daily flight being added later in the year.

A lever for profit growth

The initial rollout of Mint coincided with a period of falling oil prices, leading to a huge increase in JetBlue's profitability. Adjusted earnings per share surged from $0.70 in 2014 to $1.98 in 2015 and $2.22 in 2016. However, EPS growth has ground to a halt in the past year, as JetBlue lost the benefit of falling fuel prices at the same time that its Mint expansion slowed.

As JetBlue moves through its current round of Mint expansion during the next several quarters, earnings growth could accelerate again. Indeed, JetBlue has consistently seen big unit revenue improvements after converting routes to Mint service.

If the new Mint flights are as successful as JetBlue expects, the company could announce another batch of Mint routes later this year or in early 2018. By late 2019, JetBlue could even offer Mint flights to Europe using Airbus' new A321LR, which will have 4,000 miles of range.

Airbus is certainly rooting for JetBlue to succeed. After all, the bigger Mint's expansion potential, the more airplanes Airbus will be able to sell in the coming years to fuel that growth.


(Adam Levine-Weinberg - The Motley Fool)
Posted by Michael Carter at 9:54 AM