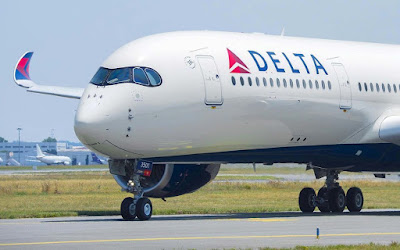 It is the first of 25 new A350s that Delta has ordered to replace its fleet of Boeing 747-400 aircraft. The new plane expands upon Delta’s higher-end in-cabin offerings while updating the engines and airframe for a more fuel-efficient aircraft.

The long-range A350 is expected to present a 20 percent improvement in the airline’s operating cost per seat, as compared to the Boeing 747-400.

Delta One first class suites. The main selling point of the suites is a full-height door for complete privacy while flying. Delta’s new A350 features 32 new Delta One suites and 48 seats in Delta Premium Select. And back in the main cabin, there is enough seating for 226 passengers. The seats are the largest in economy in Delta’s fleet and feature memory foam cushions. 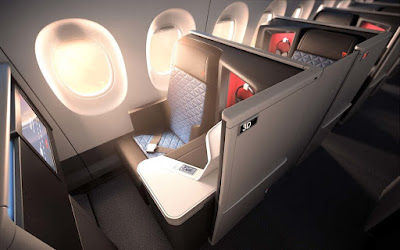 The plane will begin service between Detroit and Tokyo-Narita on October 30. From there, the plane will fly mostly on routes across the Pacific, including service to Seoul and Beijing.