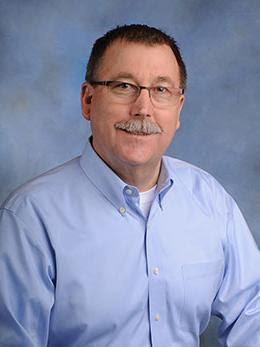 Knobloch will oversee a team of more than 400 employees who work in maintenance and engineering operations at the carrier's six maintenance facilities.

Knobloch will be based in Portland, the location of Horizon Air's maintenance and engineering hub, the Alaska Air Group-owned Horizon said in a news release.

"George is an outstanding leader with an excellent vision for our maintenance program," said David Campbell, President and CEO of Horizon Air. "His attention to the safety of our guests and teammates will continue to be an asset in this role."

Knobloch joined Alaska Air in Seattle in 2002 as the manager of line operations.

Until his promotion to vice president, he was managing director of maintenance and engineering at Horizon Air.

In that job, Knobloch held the Federal Aviation Administration (FAA) required position of director of maintenance on the airline's operating certificate.

During his career, Horizon said, Knobloch has held various positions of increasing responsibility, including director of maintenance operations and outstations, with responsibility for Alaska Airlines' staffed stations; maintenance control; technical training; and contract maintenance providers in the United States, Canada and Mexico.

Prior to joining Alaska, Knobloch worked for U.S. Airways as a technical instructor before serving as line maintenance manager in San Diego, Los Angeles and Boston.

Knobloch is also a retired member the U.S. Navy Reserve, where he served as a command master chief and other leadership roles during a 30-year career with aviation commands in the U.S. and overseas.

During his time with the Navy, he maintained several kinds of military aircraft, including H3 helicopters, A4 fighters, F18 fighters, C130 and C9 cargo aircraft.

Horizon flies to 39 cities across the United States, Canada and Mexico.