Airbus Reports Cut to A380 Production, More Worries Over A320neo 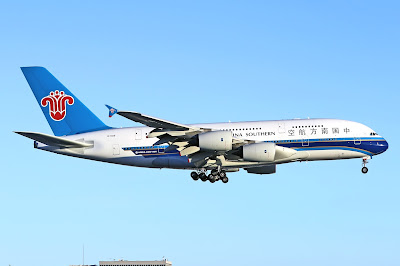 European aircraft maker Airbus reported first-half 2017 results Thursday morning, and the news was almost uniformly weak. The company’s revenues for the first half of the year totaled €28.71 billion, essentially flat year over year (€1 = $1.17). That was the good news.

For the first half of the year, Airbus delivered a total of 59 A320neos against a full-year target of 200. The primary cause of the lower numbers is a problem with the Pratt & Whitney engine that Airbus offers on its A320neo single-aisle commercial jet. The company has delivered just 16 of the Pratt & Whitney-engined planes in the first half of the year, according to a report from Reuters. Qatar Airways already has cancelled delivery of four of the planes.

Airbus also announced a cut in production of the A380 super-jumbo jet from 12 per year to eight per year beginning in 2019. The company had previously announced a cut from 15 this year to 12 in 2018. Last year Airbus delivered 26 of the giant planes.

A single airline, Emirates, has been pressing Airbus for a couple of years now to put new, more fuel-efficient engines on the A380, promising to order 200 of the new planes. Airbus has demurred and it is not clear any longer that Emirates could make good on its promise.

Posted by Michael Carter at 1:50 PM