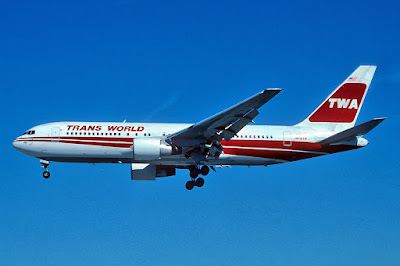 Dozens of American Airlines pilots are facing a demotion from captain to first officer and a corresponding pay cut after losing a contract dispute that traces to the company's 2001 acquisition of Trans World Airlines.

The decision means 85 or more former TWA pilots could be demoted from captain to first officer, with a corresponding number of American pilots making the move up from first officer to captain. The difference in pay between the two ranks can be as wide as $75 an hour, according to a lawsuit relating to the case.

American and the Allied Pilots Association have avoided taking a side in the dispute, which pits two groups of employees against one another. But they'll have to sort through the fallout of the arbitrator's decision, which will alter the bidding priorities for a subset of American's more than 15,000 pilots and could force some to change their base of operations.

"Arbitration matters like this are decisions we have to respect. We'll work with (the Allied Pilots Association) to support anyone who is impacted by the decision," American spokesman Matt Miller said.

A matter of seniority

In the airline industry, seniority rules. For pilots, it affects what aircraft they fly, what schedules they work and how much they earn.

The issue of seniority becomes particularly tricky when integrating groups of pilots during the merger of separate carriers, an issue American tried to navigate with special protections for TWA pilots following its 2001 acquisition of the St. Louis-based airline.

The recently-decided arbitration dispute dealt with when those protections should expire. The agreements set a trigger for expiration when a single TWA pilot hired in 1997, Magnus Alehult, accrued enough seniority to become a captain on any aircraft in American's fleet.

Alehult reached that threshold in October, but only had enough seniority to captain a smaller regional aircraft acquired through the US Airways merger, a plane type that wasn't part of American's fleet when the initial agreements with the TWA pilots were struck.

Former TWA pilots argued that the protections shouldn't expire until Alehult had enough seniority to captain a larger narrow-body aircraft.

But a separate group of American pilots filed a complaint to have the protected positions returned to the general pool, where they'd be available for bidding under the normal seniority system.

The arbitrator ultimately sided with the latter group, finding that "any aircraft" described in the expiration clause truly meant any aircraft, even if the type wasn't a part of American's fleet when the deal was reached.

If you need your ex-girlfriend or ex-boyfriend to come crawling back to you on their knees (no matter why you broke up) you must watch this video
right away...

(VIDEO) Why your ex will NEVER get back...

You have up to 24 hours from the time of ticket purchase for a refund if you booked at least 2 days prior to departure. The 24-hour refund policy applies to all ticket types, but you have to cancel the trip to get a refund. Refunds will be issued in full amounts, less: Sale-imposed nonrefundabletaxes.