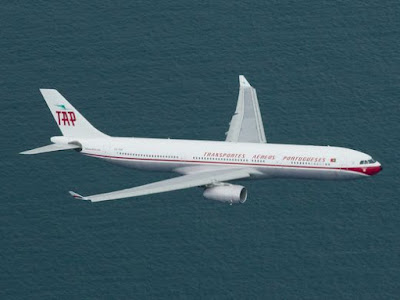 The Portuguese carrier says the retro paint scheme recreates the original "Transportes Aéreos Portugueses" typography in the colors that were first displayed on a Lockheed Super Constellation aircraft received by TAP in July 1955. The last aircraft in that livery was a Boeing 727-200, according to TAP.

TAP has since put the special-liveried aircraft into service. The airline says the 285-seat aircraft will operate long-haul commercial flights, “promoting Portugal across international borders, to North and South America, as well as Africa.”

TAP also used the new special livery to promote its fleet renewal program. The carrier has 53 new aircraft on order for delivery in the coming years, including 14 A330-900neo aircraft and 39 A320neo aircraft.