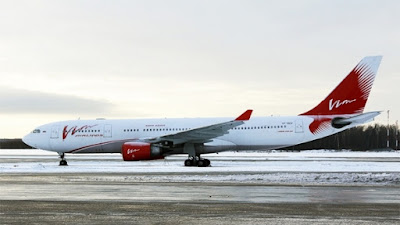 
Russia’s VIM Avia has taken delivery of its first Airbus A330-200, which is configured in a two-class cabin layout with 24 seats in business and 228 in economy class, the airline in a statement.