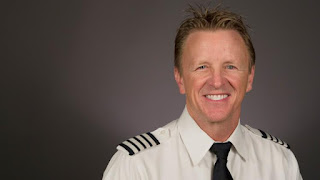 Southwest Airlines pilots apparently like a leader who's tough. And blunt.

More than 8,400 Southwest pilots have overwhelmingly voted to keep Jon Weaks on board as president of the union for a new two-year term. A spokesman for the Southwest Airlines Pilots' Association said 98.47 percent of those voting cast their ballot for Weaks, who ran unopposed.

Weaks gained re-election for a two-year term just days before voting is set to end on the second tentative agreement Southwest pilots have voted on in the past year. A first stab at a new contract with the airline was voted down last fall, prompting Weaks' predecessor as Southwest Airlines Pilots' Association (SWAPA) president to step down and pave the way for Weaks to be elected to the job starting early in 2016.

After taking the top job at the union, Weaks proved relentless in keeping the pressure on Southwest CEO Gary Kelly and the rest of the airline's management to iron out a new contract that was more in line with what pilots wanted in the way of pay hikes and other work provisions.

Weaks orchestrated a massive show of pilot force at Southwest's annual meeting in Chicago in May. Hundreds of Southwest pilots stood at attention outside the hotel where the annual meeting was being held to protest the lack of progress at getting an acceptable new contract with the low-fare airline.

And after Southwest's historic system meltdown in July, Weaks also orchestrated a vote of no-confidence in Kelly by pilots and three other unions at the airline. Weaks followed up that with a blistering essay in the pilots' union newsletter in August that discussed what he deemed a failure of leadership at Southwest, with Kelly, needless to say, a focal point of Weaks' remarks.

Soon thereafter, the pilots union had a new tentative agreement in hand. The results of a vote on that tentative agreement will be known next Monday, Nov. 7. There are strong indications now that it will be ratified, as was a new contract with Southwest flight attendants on Monday.

But Weaks' job isn't over.

In a statement in the wake of his re-election as union president, Weaks said: "Regardless if our current TA vote is ratified or rejected, there is a large amount of work to accomplish. I am also focused heavily on improving our company's operation, our pilots' training experience and SWAPA's internal service to our membership. It is vital we be stronger, unified and smarter with each new issue to address."

Southwest Airlines has its largest hub at Chicago's Midway Airport, where more than 1,100 Southwest pilots are domiciled.