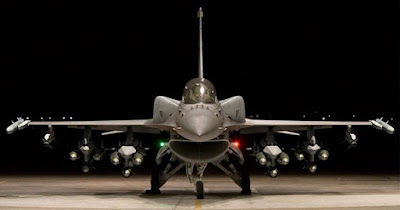 Lockheed Martin calls the F-16 Falcon, in its F-16V configuration, "the most technologically advanced 4th generation fighter in the world." (Image - Lockheed Martin)

Three years ago, Lockheed Martin suffered a setback -- but Lockheed is back, baby!

From 1994 to 2004, the Republic of Korea paid $5.5 billion to Lockheed Martin to build 134 KF-16C/D fighter jets under license from the American defense contractor. Nearly a decade later, however, as those fighter jets were beginning to show their age, Korea hired not Lockheed, but its British rival BAE Systems to upgrade the jets to a new KF-16V (for "Viper") configuration, featuring advanced Active Electronically Scanned Array radar systems, modernized avionics, a new high-resolution display, and greater data transfer speeds for communication.

That upgrade contract was supposed to be worth $1.7 billion in sales to BAE, but it didn't take long for prices to begin spiraling out of control. Last week, this situation resulted in an upset for Lockheed Martin, when the U.S. Pentagon announced that Korea has chosen to take the F-16 contract away from BAE, and give the remainder of the work back to Lockheed Martin.

It's not 100% clear how much of BAE's original $1.7 billion contract it was able to bill before losing the business to Lockheed Martin. Certainly not all of it, because in its contract announcement, the Pentagon confirmed that Lockheed will receive $1.2 billion for its share of the upgrade work. So what does this mean to Lockheed?

$1.2 billion is equal to about 2.4% of the business that Lockheed Martin does in a year, and this money will flow into Lockheed's aeronautics business, which earns 10.7% operating profit margins -- implying profits from the contract could total $128 million or more.

In this particular instance, however, the $1.2 billion will be spread out over the course of the nine years it will take to complete upgrades on Korea's air force. Thus, this contract win, while sizable on the surface, actually works out to only about $133 million in extra incremental revenue for Lockheed, adding only roughly $14.2 million to Lockheed's annual profits -- or $0.05 per share.

(Rich Smith - The Motley Fool)
Posted by Michael Carter at 10:02 AM