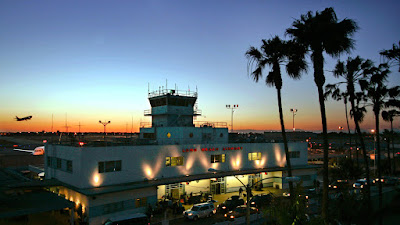 It’s hard to fall in love with airports these days. But Long Beach Airport in Southern California seems to have won over fans who responded to a Conde Nast Traveler survey this year. The magazine ranked it No. 7 of the country’s 10 best airports.

The Art Deco building with original floor mosaics — themes range from aquatic to industrial — opened in 1941 and provides a throwback to the golden age of travel.

In 2012, the airport opened a sleek, glassy departure terminal with lounge chairs, a fire pit and palm trees, all of which create the feeling that you haven’t quite left Southern California’s spectacular outdoors behind.

But back to the top 10 list. Some 300,000 travelers weighed in with the magazine’s Readers’ Choice Awards 2016 and selected these airports as the best in the U.S.