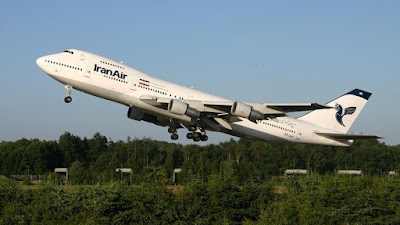 Boeing and Iran are "within days" of finalizing the details of Iran Air's massive order for 80 aircraft after it was approved by the U.S. government last month.

The details reportedly include moves by Boeing and its rival Airbus, which has its own big deal with Iran, to grant companies In Iran a concession to make aircraft parts inside the Islamic country.
Those details emerged from recent media reports from inside Iran, including the suggestion that Boeing would deliver an unspecified number of aircraft before the end of the Iranian calendar year, which is March 20, 2017.

A second report by the Azerbaijan-based Trend News Agency, which operates in Iran, Turkmenistan and Kazakhstan, quoted Fakhrieh-Kashan's boss, Iranian Transport Minister Abbas Akhondi, saying that both Boeing and Airbus were drafting "concessions" so unspecified aircraft parts could be made inside Iran.

Boeing Commercial Airplanes spokesman Paul R. Bergman said Tuesday the jet maker remains in talks with Iran Air, and any final sale "would have to adhere to the license we’ve been issued."

It's unclear if a parts concession is part of Boeing's license because it's not been made public. Bergman did not comment on that issue.
Boeing's blockbuster deal to sell up to 80 passenger jets to Iran includes 30 of its 777 jets and four 747-8 intercontinental aircraft. If it goes ahead, it will offer a much needed boost to Boeing's sluggish wide-body airplane sales — and the Puget Sound plants that manufacture them.

Boeing's export license also allows the Chicago-based manufacturer to sell 40 737 Max airplanes and six 737NG jets, which are all made in Renton. Under its deal with Iran, Boeing also agreed to help lease 29 additional 737s, but it's not clear whether the export license covers that.

Airbus itself signed a deal for 112 to 118 planes earlier this year, but received a U.S. export license to ship only 20 planes to Iran so far, including A320s and A330 models.
Iranian politicians' public statements on the timing of aircraft deals must be viewed with some caution.

The U.S. government didn't actually authorize the export sales until late September, and no planes have been delivered so far.

Hello Everybody,
My name is Mrs Sharon Sim. I live in Singapore and i am a happy woman today? and i told my self that any lender that rescue my family from our poor situation, i will refer any person that is looking for loan to him, he gave me happiness to me and my family, i was in need of a loan of S$250,000.00 to start my life all over as i am a single mother with 3 kids I met this honest and GOD fearing man loan lender that help me with a loan of S$250,000.00 SG. Dollar, he is a GOD fearing man, if you are in need of loan and you will pay back the loan please contact him tell him that is Mrs Sharon, that refer you to him. contact Dr Purva Pius,via email:(urgentloan22@gmail.com) Thank you.