Virgin America to have inflight Internet 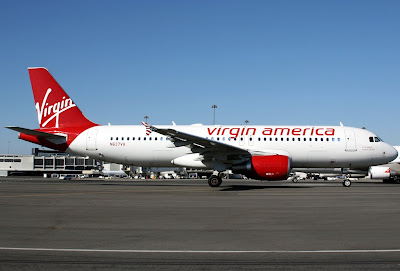 Virgin America A320-214 (cn 3465) "an airplane named desire"
poses at San Francisco International (SFO).
(Photo by Michael Carter)
Virgin America launched Aircell's Gogo inflight Internet on Nov. 22 via an air-to-ground video during a YouTube Live user event in San Francisco. A segment of the show was streamed to audiences on the ground and online from an altitude of 10,688 m. VS is on course to become the first US airline to offer fleetwide inflight Internet. Target is set for the second quarter of 2009.

(Air Transport World / ATWOnline)
Posted by Michael Carter at 11:00 AM