PAL set to permanently retire A340s as A350 gains traction 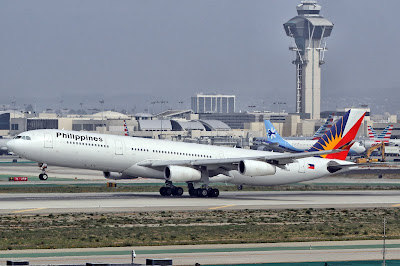 Philippine Airlines (PAL) is on the verge of permanently retiring the Airbus A340-300, as its A350-900s get up to speed on long-haul routes.

The carrier has one A340-300 that can be put in use should there be a technical issue with another aircraft, says Jose Perez, vice-president of corporate communications at PAL.

He says that recent unsourced reports that the type has been permanently retired are “close to the truth.”

“We actually made a decision to retire them sooner rather than later,” he says. “We might have an announcement to make at some point. There is one aircraft we can use if [there are] technical difficulties with one of our 777s or A350s.”

“Utilization is very low. It may fly to Los Angeles or San Francisco, and then be parked again. Right now, we're reviewing that. We might have to make a decision at a certain point to ground all the aircraft.”

The permanent retirement of the type will mark the end of A340 operations in the Asia-Pacific.

Perez made the remarks in an interview with FlightGlobal at the Association of Asia Pacific Airlines (AAPA) Assembly of Presidents, which was held recently on the resort island of Jeju, South Korea.

Perez adds that the carrier’s four A350-900s have enjoyed a smooth service entry. The type is used on non-stop services from Manila to London-Heathrow and Los Angeles. A four-times-weekly services to New York JFK will commence on 29 October. This will go to five-times weekly on 6 December.

Perez says that the aircraft will be able to operate a full payload in both directions to New York, although there could be restrictions in the winter months. This flight will replace the existing Manila-Vancouver-New York flight. Manila-Vancouver will then be operated by Boeing 777-300ERs as a direct turnaround service.

The carrier will receive two additional A350s in 2019 and is considering additional USA services, either to Chicago or Seattle.

On other types, Perez says the carrier’s four new A321neos have performed well, especially to longer-haul destinations such as Sapporo, Brisbane, and Sydney. He says customer feedback has been positive and notes that the A321neo product resembles that of a wide-body, with full-flat seats in business class, a good seat pitch in economy, and seatback inflight entertainment.

Flight Fleets Analyzer shows that PAL’s A321neos have 168 seats, with 156 in economy and 12 in business. PAL has an additional 17 A321neos on order, with deliveries to run to 2023. Airbus has proposed the A321neoLR variant of the narrow body type, but Perez says that PAL is still assessing the business case for this.