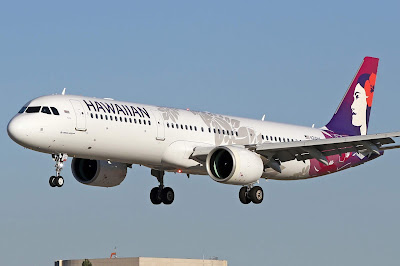 Hawaiian CEO Peter Ingram described this as a “solid” performance, but still short of expectations mainly because of severe weather events in Hawaii and Japan that affected operations. Operating profit fell 31.5% to $115.8 million.

Hawaiian said its A321neo deliveries have caught up to their planned timetable following delays earlier this year, which will allow the airline to phase out its remaining Boeing 767s in early 2019.

A321neo deliveries are now “substantially back on track,” Ingram said during the carrier’s 3Q earnings call Oct. 23. The airline expects to have 11 of these aircraft by the end of this year, which was its target before delays occurred in the first half of the year. Hawaiian currently has nine A321neos.

The delivery slowdown was caused by issues with the Pratt & Whitney geared turbofan engine that also affected other airlines. However, Ingram said the carrier now has “a lot more confidence” in the reliability of the delivery timetable. Delivery dates are typically moving by just a few days or a week, a major improvement from the uncertainty in the first quarter.

Hawaiian has grown its A321neo fleet to the point that it will be able to retire all its 767s soon after the Christmas/New Year holiday peak, Ingram said. This will mean the airline has simplified its fleet to three types—the A321neos, A330s and Boeing 717s. The Hawaiian fleet is now “better positioned now than at any time in the past decade,” Ingram said.

Regarding Hawaiian’s application for antitrust approval for a joint venture with Japan Airlines, Ingram said the “working expectation” is that a decision will come in early 2019. This would open the way for the joint venture to be implemented later next year.