JetBlue’s A321 Fleet Central To Plan To Boost Margins 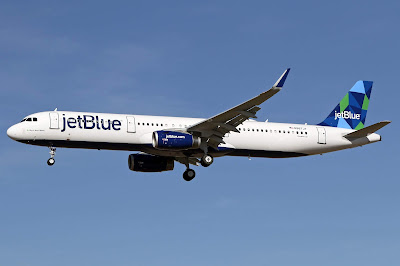 jetBlue executives sang the praises of the Airbus A321 for its margin-boosting capability during the company’s third-quarter earnings call on Tuesday, as the New York-based airline addressed the challenges of a 37-percent increase in fuel costs compared with a year earlier.

While its 130 A320s still account for the bulk of jetBlue’s fleet, since 2014 another 60 A321s have proven themselves as the best-performing models in terms of profit generation, both in their 200-seat standard cabin layout and the so-called Mint configuration, which features 16 lie-flat business class seats and 143 economy seats.

“[The A321] is a fantastic aircraft both in the Mint configuration and the high-density configuration,” said jetBlue president and COO Joanna Geraghty. “They have done remarkably well from a margin perspective. Now as we look to the best and highest use of that asset we’re looking at the higher-density version and the margins on that...are actually exceeding that on our Mint routes.”

Geraghty’s comments came as jetBlue embarks on an effort to improve margins overall in 2019 through fare and ancillary revenue increases along with what CEO Robin Hayes referred to as five pillars of cost control. The company also expects see earnings benefits next year as its recently announced network reallocation takes full effect, said Hayes.

The series of network changes will see jetBlue shift fleet resources from what it considers under performing cities and accelerate its focus-city growth strategy in Boston and Fort Lauderdale. The service reallocation will also result in a new jetBlue destination in Ecuador, new service between current jetBlue cities and more flights on popular routes.

Cities slated to lose service starting January 8 include Daytona Beach International Airport from New York JFK airport and from San Juan to Saint Croix. jetBlue also plans to eliminate daily service to Washington Dulles Airport from New York JFK and Boston. Elsewhere on its route map, the airline plans to cut flying on a number of other under performing routes and frequencies in January, including certain flights serving Baltimore, Detroit, Pittsburgh, and Santiago, in the Dominican Republic.