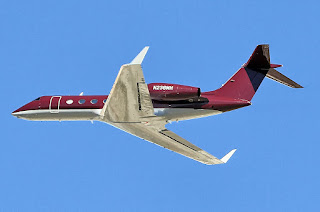 The Gulfstream G450 first flew on April 30, 2003 and entered service in 2005. It was the first business jet to cross the Atlantic Ocean using biofuels.


One of business aviation’s most iconic aircraft, the G450, will go out of production in early 2018, when Gulfstream Aerospace Corp. expects to deliver the last one to a customer—which coincides with initial deliveries of the G500.

The G450s remaining in production are nearly sold out, which prompted the company to make the announcement, according to a Gulfstream official. After production ends, the company will continue to support and service G450s flying around the world.

“We are highly pleased with the progress of the G500 as it makes great strides in the flight-test program and moves steadily toward certification and entry into service,” President Mark Burns said.

The G450 went into production in 2004, replacing the G400. It was built on the successes of the GIV and GIV-SP. Counting all three models, Gulfstream manufactured more than 870 of the aircraft. Of these, 359 were G450s.

More than 10% of the 339 G450s still in service are for sale, according to Dan Jennings, chief executive of The Private Jet Company. “The G450 was horribly hit in terms of its valuation,” he noted. “There are two-year-old models on the market which have lost 50% of their value.”

The G500 is expected to receive type certification in 2017.