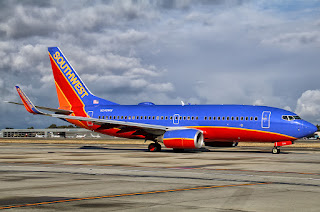 
Southwest Airlines has emerged the favorite airline among respondents in a new survey, who named the low-cost carrier the best value for money.

In a poll carried out by Airfarewatchdog that surveyed 11,000 US travelers, Southwest was chosen ahead of Delta Air Lines, American Airlines and JetBlue as the most popular carrier across several different categories.

Nearly half of respondents said Southwest offers the best value and the friendliest flight attendants.

Meanwhile, the most dreaded seat mate is the sick traveler (43 percent), followed by overweight passengers (18 percent) and those with bad body odor.

When it comes to booking a flight, price remains the single most important factor with the majority -- 90 percent -- agreeing it's “very important.”

Atlanta's Hartsfield-Jackson International Airport -- the busiest airport in the world -- was also named the most popular hub for connections.

And nearly a quarter -- 23 percent -- said they've never flown on an international airline.