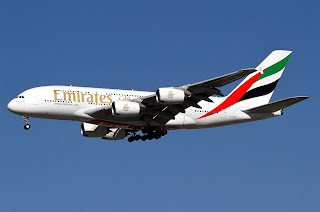 Emirates Airline launched the longest Airbus A380 commercial nonstop flight Dec. 2 on a daily Dubai-Los Angeles service. The aircraft replaced a Boeing 777-300ER on the route.

“With a higher take-off weight, we are able to do year-round nonstop operations from Dubai with an A380 to places like Los Angeles, San Francisco or Houston,” Emirates president Tim Clark stated. “The demand is there and people [have] always asked us when we [would] come with an A380.”

Emirates ordered 50 Airbus A380s during the Dubai Air Show, marking its fifth A380 order and taking its total commitment to 140 of the type.