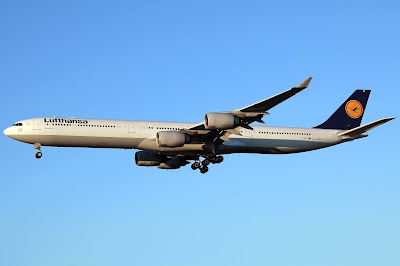 She was delivered to the carrier on April 29, 2008 following her first flight on April 3, 2008 as F-WWCH. The aircraft was originally destined for Virgin Atlantic Airways G-VJAM but was not taken up by the airline.

The aircraft served with Lufthansa for only 12 years before being retired and ferried (MUC/EDDM) - (TEV/LETL) for storage May 19, 2020.
Posted by Michael Carter at 1:52 AM