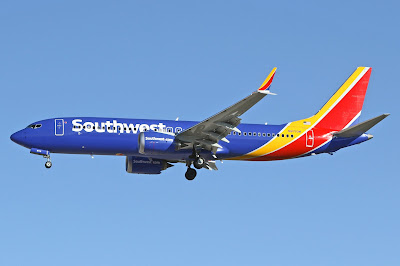 Southwest Airlines CEO Gary Kelly, who has long resisted calls from some Wall Street analysts to charge fees for checked bags, voiced his most adamant rejection yet of baggage fees, completely ruling them out.

Bags will “be free as long as I’m the CEO and I hope that’s a long time,” Kelly told the US Chamber of Commerce Aviation Summit in Washington DC. Kelly in the past has indicated that, while he did not think bag fees made sense for Southwest, he would be willing to revisit the topic at some point. But his comments March 1 appeared to firmly close the prospect of Southwest charging bag fees under his leadership.

“We love having the contrast with other airlines,” he said. “We’re prosperous, we’re profitable. The financial aspect of our business model is working. There is absolutely no thought of charging for bags.”

Kelly said Dallas-based Southwest’s “no fees” philosophy has helped create a loyal customer base attracted to the carrier’s “friendly” customer service—especially in competition against ultra-LCCs that may have lower base fares but charge fees for all additional services, including baggage. “People don’t think of us as ‘no frills’ anymore,” Kelly said. “We rely less on being rock bottom low cost than on being warm and friendly. If we provide the best service at the lowest price, we will win.”

While Southwest’s product is not likely to change much going forward, Kelly said the airline—which currently operates a fleet of around 750 aircraft, a mix of Boeing 737NGs and 737 MAXs—has a lot of growth opportunities. “We have the potential to add 500 more aircraft,” he said.

Southwest carries more domestic US passengers than any other carrier, but—particularly with the added range of the MAX, which joined Southwest’s fleet in late 2017—still has network gaps. “We don’t fly to Alaska, we don’t fly to Canada,” Kelly said. “There are lot of places in Mexico and the Caribbean we could go.” He indicated there are 50 potential destinations Southwest could add to its network.

Southwest’s biggest initiative this year is adding service to Hawaii. Kelly said he is hopeful the carrier can get the necessary extended-range twin-engine operations (ETOPS) approval from the FAA for 737-8s to be able to launch flights between California and Hawaii by the end of this year.