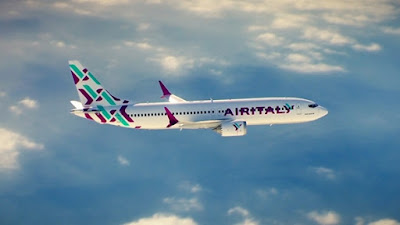 Italian leisure carrier Meridiana has relaunched as Air Italy, less than two weeks after the new name was announced.

The name Air Italy was already in the airline’s brand portfolio as the title of a charter operator that Sardinia-based Meridiana acquired in 2011. The former Air Italy was incorporated into Meridiana and acted as a capacity provider for the latter company.

However, Air Italy has now become the name for the entire group, following its relaunch with Qatar Airways taking a 49% stake in Meridiana’s new parent company, AQA Holding.

The first Air Italy flight took off at 2 a.m. local time from Milan Malpensa Airport for Zanzibar, off the coast of East Africa. The first domestic flight under the new identity left Olbia, the company’s home base in Sardinia, for Rome Fiumicino five hours later. Olbia will be the airline’s main base for short-haul services, while Malpensa will be the base for long-haul operations.

The A330s will, in turn, be replaced later by Boeing 787-8s, ordered by Qatar Airways but destined for Air Italy.

The former Meridiana was for many years one of the last major operators of the MD-80 series of jets; the type was withdrawn from service late last year and the last one departed Olbia on Feb. 28.