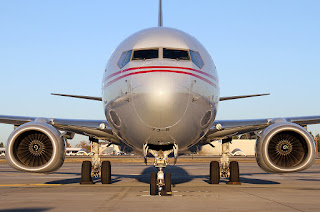 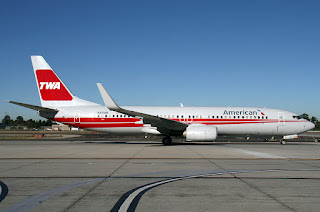 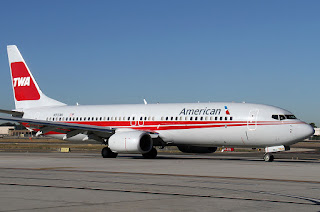 American Airlines is in the process of painting several Boeing 737-823's in the liveries of the airlines that the carrier has bought over the years.
So far two aircraft have been painted in "Retro" liveries, the first receiving the livery of Reno Airlines and the second pictured above sporting the Trans World Airlines (TWA) livery. It is captured at John Wayne Orange County Airport (SNA/KSNA) this morning as it prepares to depart bound for Dallas (DFW/KDFW), Texas.
(Photos by Michal Carter)
Posted by Michael Carter at 9:30 PM