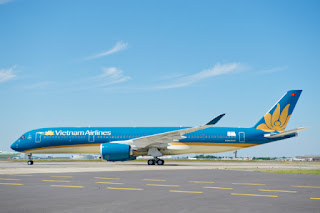 The aircraft is the first of a 14-aircraft order; the deal is for 10 to be purchased directly by the carrier and four supplied through lease companies. This aircraft is on lease from AerCap. 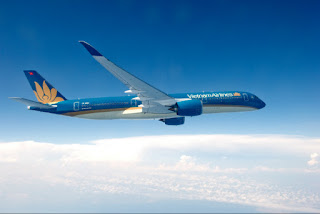 The airline previously cited September as the start date for its Paris schedule to replace the current 6X-week service using a Boeing 777. The new A350 flights will use a three-class layout, with 29 seats that convert to full flat beds in business class, 45 seats in premium economy and 231 in economy.

Airlines EVP Commercial, Trinh Ngoc Thanh said the handover of the A350 marked the start of a major upgrade of Vietnam Airlines’ long-haul fleet. The new aircraft will join Vietnam Airlines’ existing Airbus fleet of 59 aircraft, comprising 49 A321s and 10 A330s.

Qatar Airways was the first carrier to take delivery of the A350 earlier this year. 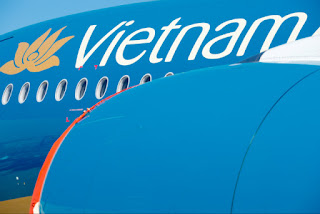 Two more airlines are scheduled to take delivery of A350s later this year—Finnair and TAM.

However, AirAsia X, the Malaysia-based long-haul, low-cost carrier has hinted it may delay its 10-strong order for A350s due to the slowdown in the region following several recent fatal accidents.


(Jeremy Torr - ATWOnline News)
Posted by Michael Carter at 10:37 AM