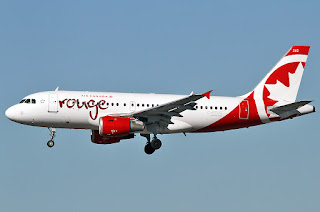 “We had a record year in 2014 and a very strong first quarter in 2015, rouge have proven its case with a CASM reduction of about 30% versus mainline aircraft,” Rovinescu said.

He added that the rouge concept will be permanently updated. “We are taking out the IFE [inflight entertainment] systems and brought in iPads. This makes them lighter, more fuel-efficient. We took out tons of equipment. Pilots and flight attendants are working under different rules. All this combined has delivered these results,” he said.

Rovinescu is pleased that Air Canada, as a Star Alliance member, continues to grow on North Atlantic routes.

“North Atlantic continues to be very strong. We added tactical capacity and sent rouge to destinations like Venice, Athens and Barcelona. It is paying off big time, because with the leisure segment rouge we can offer this kind of direct service.”

He said rouge allows Air Canada enormous swing-capability for seasonal demand that the company had never seen before. “We can swing from a European leisure capacity in the summer to Caribbean and Mexico capacity in the winter,” Rovinescu said.