Delta Air Lines said Monday that it will increase cross-country capacity out of New York's JFK airport, and American Airlines could follow suit. 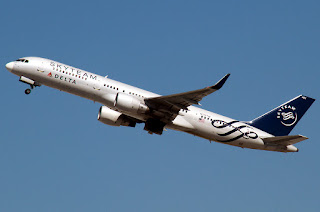 By November, Delta will have 10 daily flights to Los Angeles, up from the nine it has currently. Six of the flights will use refurbished Boeing 757 wide-body aircraft. Delta will also upgrade three of its eight daily flights to San Francisco to Boeing 767 wide-body aircraft. The airline says that it will have the most seats of any airline between JFK and Los Angeles and San Francisco. Delta shares fell 2.5% on the stock market today. American stock lost 3.3%.

Delta had already swapped out some of its Newark, N.J., slots for more at JFK, as United Continental shifts its transcontinental flights to Newark from JFK.

American and Delta are the two biggest direct competitors, so a capacity increase for American at JFK could be coming soon, according to Seth Kaplan, managing partner with Airline Weekly, an industry publication.

"I'm sure American is looking at this very closely," he told IBD. "I wouldn't be surprised if they did something."

Delta's capacity increase and upgrades come after JetBlue said last week that it would expand its premium Mint service to Los Angeles and San Francisco from Boston. Mint launched just a year ago, offering amenities such as seats that fully recline into beds.

Business class comfort has become a big selling point for airlines in the transcontinental segment, and JetBlue sees an opening in that traditionally competitive market.

"We saw the opportunity to bring humanity back to premium coast-to-coast travel, traditionally offered at high prices and with mediocre service," CEO Robin Hayes said in a statement announcing the expanded Mint service.

Meanwhile, airlines had been trying to keep capacity growth in line with overall economic growth to limit competition and prop up fare prices.

But a recent wave of capacity increases, particularly from discount carrier Southwest and other regional U.S. airlines, have larger rivals concerned.

Earlier this month, American CEO Doug Parker told Reuters that the latest round of expansion by U.S. carriers "feels different" from earlier increases.

"The real question is, is this a one-time catch-up for fuel prices being lower, or is this airlines behaving like airlines used to and just increasing capacity because times are good?" he said.

Increased transcontinental competition also comes as the Big 3 U.S. carriers — Delta, American and United — face surges from Persian Gulf rivals such as Emirates, Etihad and Qatar that are expanding flights to the U.S.