Air Canada to fly to London Gatwick next spring 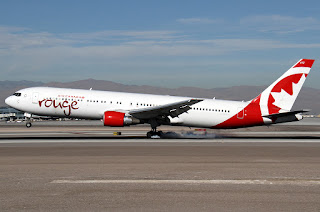 Air Canada will add London Gatwick to its network in spring 2016, a move Canada’s largest carrier is making just as WestJet Airlines enters the market.

Flights will be operated by Air Canada rouge, the low-cost subsidiary Air Canada created to compete with WestJet, Air Transat and other Canadian charter carriers. Air Canada rouge will fly Boeing 767s with 24 seats in a premium-economy section and 256 seats in economy. The summer-only service begins on May 19, 2016.

The announcement comes 10 days after WestJet said it would make London’s Gatwick Airport its first international Boeing 767 destination, with plans to fly there next spring. But WestJet was short on the details, not saying from where in Canada it will fly, or how many flights it will add. WestJet said it chose Gatwick because it is a relatively low-cost airport close to central London that offers passengers many onward connections on other airlines.

WestJet said it will decide what Canadian cities will see Gatwick service later this summer. It noted that the 767 has the range to fly to Gatwick from anywhere in Canada.

Air Canada also said it will begin year-round mainline service between Montreal and Lyon, France, on June 16, 2016. Flights will be operated up to five times per week on Airbus A330 aircraft with 37 flat-bed seats in business class and 228 seats in economy.