The Economics Of Private Jet Charters 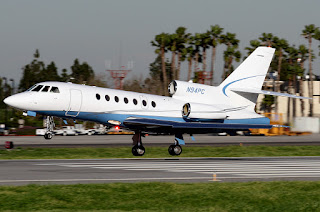 When you think about private jets, you probably fall into one of two categories: Either you don’t know how expensive it is to own and operate a jet or you do know and don’t understand how anybody, even the rich, could afford to fly privately.

If you’re the former, here are some fun facts. The cost of a new jet will range from $3 million to $90 million or more.

The world’s most expensive private jet belongs to Saudi Prince Al-Waleed bin Talal. This $500 million aircraft includes a two-car garage, a stable for horses and camels, and a prayer room that rotates so it always faces Mecca.

But the cost to purchase a jet isn’t the real money drain. Operating it will set you back $700,000 to $4 million per year.

Although most jet owners purchase used models, the cost puts private ownership out of the price range of everybody but the smallest fraction of the world’s richest people – and some large corporations.

According to Greg Raiff, founder and CEO of New Hampshire-based Private Jet Services, owning an aircraft isn’t a good financial decision for anybody.

“Much like cars, planes start depreciating the minute they’re purchased. From the initial cost to ongoing maintenance, planes are not a wise investment for individuals. You’re always losing money.

In 2009, the heart of the financial collapse, only 870 new business jets were delivered – a nearly 34% drop from 2008 levels, according to the National Business Aviation Association. But as the economy has improved, so has the business. According to Bill Papariella, president and CEO of Jet Edge, the industry is growing about 2% each year but still remains down 14% from pre-recession levels.

Why Do They Need to Fly Privately Anyway?

Nobody is going to deny that a large part of the reason the rich fly privately is, “because they can,” but before you criticize them for not wanting to set foot on the same plane as ordinary people, industry experts point out the many advantages of flying privately.

For CEOs and other higher-up executives, private jets are a risk mitigator of sorts. According to Raiff, “Clients choose private travel to ensure they arrive at a destination on time, and in the best possible physical and mental shape.

Busy executives cannot afford to show up late for an important meeting or to feel sluggish because of the rigors of commercial travel. They know that the cost of failure far exceeds the cost of private jet travel.”

Proximity to airports and flexibility are big advantages too. Adam Twidell, CEO of private jet booking platform PrivateFly says, “…your itinerary is completely flexible based on your needs. Since many private-jet customers tend to be business travelers, this is a huge advantage, especially when important meetings run longer than expected, the aircraft will still be at the airport waiting for you, rather than needing to book a new flight as you would with a commercial airline.

Additionally, private jets can land at many more airports compared to commercial aircraft, allowing customers to land closer to where they need to be.”

And since some jets are equipped with fax machines, Wi-Fi, and other office amenities, executives can work while en route in a safe, secure environment.

How Much Does It Cost?

If you’ve decided that purchasing a plane is a little out of your price range, you’re going to do what most of the world’s wealthy do: charter a plane. How much does that cost? Depending on the type of aircraft, costs could be $8,000 per hour or more, according to Twidell. A short flight from New York City to Boston could be as little as $5,000, but a longer flight from New York City to Moscow starts at around $118,500.

Unlike commercial aviation, however, you’re not paying for a seat, you're paying for the plane. That means no matter how many people you take with you, the price is the same. A company taking a team of eight people to Boston is paying $625 per person. Thinking of it as a per-person cost, the price is much more reasonable than the eye-popping $5,000 price tag.

But let’s not kid ourselves: If you want to travel in style, a private jet is the ultimate extravagance. Want to impress a potential client or that special someone in your life? It's not just the aircraft; it's the concierge service too.

According to Raiff, “Anything our clients want or need for the flight is provided to them, including specialty foods and accommodations for pets. Our employees have decorated a plane for an in-flight Pirates of the Caribbean-themed party. An employee has traveled out of state to stock the plane with special half-moon cookies because a client once mentioned that it was their favorite.

Sometimes clients will ask us to meet them on the runway with gifts or flowers for their spouses. We will arrange to have planes deep cleaned if someone on board has a peanut allergy. The list goes on and on. It’s not uncommon for our employees to stay up all night to prepare or fly along to make sure the experience is flawless.”

Not all clients are looking for luxury jets stocked with their favorite type of caviar. That’s where companies like Hopscotch Air enter the market. Instead of jets, the company offers chartered services using turboprop aircraft – translation: aircraft with propellers. They aren’t going to decorate your plane or cater to your expensive tastes and you won’t find any tables made of rare wood from some faraway land.

But according to Capt. Chris Dupin, of the air-taxi service, Hopscotch Air, “The biggest amenity is the aircraft itself. In larger private jets, the customer is not allowed on the flight deck. In our aircraft, the client sits in the right front seat next to the captain. Many of our clients spend the entire flight asking questions about the airplane and how the air-traffic system works.”

Prices are generally $500 to $2,000 per hour. Add multiple people to the trip and you could wind up paying less per person than business-class pricing on a commercial aircraft. Options like this only work for more regional trips. For people not looking to throw down $5,000 for a quick flight to a neighboring city, these no-frills options offer value while still giving the advantages of private air travel.

There are also empty-leg flights that are priced as much as 75% off the normal cost of a trip. When a jet is booked for a one-way trip, it has to return home empty. For the company, that’s a lot of money without any return on its investment. Putting people on board at any price is better than nothing so firms offer empty-leg flights at a deep discount. Apps like Jetsmarter help connect customers with companies offering empty-leg flights.

Ever wonder why you probably can't set foot on a commercial aircraft without paying a couple of hundred dollars? Because air travel is expensive. Putting a jet in the air costs a lot of money after paying for the crew, maintenance, airport fees and more. Although there are now more affordable prices for private travel, it’s still mostly reserved for the richest of the rich who can afford the often multi-thousand–dollar hourly price tag.