London Heathrow turns out the lights in Terminal 1 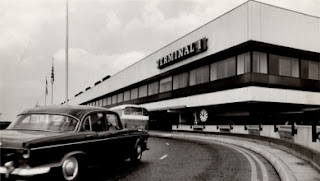 The last flight will depart from London Heathrow Airport’s Terminal 1 late Monday as the airport prepares to decommission the facility after 47 years of operation.

Opened as a domestic facility in May 1968, the terminal has now been superseded by the new Terminal 2, which was built as part of an £11 billion ($17.3 billion) investment program aimed at transforming the London hub.

Over the last year, the majority of flights have moved from Terminal 1 to Terminal 2, meaning that more than 60% of Heathrow passengers now travel through the new terminals 5 and 2.

Heathrow said the terminal closure would “make way for improved service and way finding around the airport,” and the site will eventually be used to build an extension of the new Terminal 2 with enough capacity to eventually replace Terminal 3. The airport said that, if the government supports development of a third runway at Heathrow then Terminal 2 would be extended to provide “enough capacity to connect Britain to the world for the 21st century.”

In its heyday, Terminal 1 was the biggest short-haul terminal of its kind in Western Europe and handled approximately nine million passengers at peak capacity. BA also operated its Concorde charter flights—champagne specials that flew around the Bay of Biscay and back again—from the terminal. In the last few weeks, the terminal has been home to just 17 BA flights and around 1,700 passengers a day as airlines were phased out of the terminal. The last remaining BA operations have been transferred to terminals 3 and 5.

Heathrow CEO John Holland Kaye said: “The closure of Terminal 1 marks another important milestone in the transformation of Heathrow. Terminal 1 has served Britain well for nearly 50 years, but will soon make way for the expansion of Terminal 2, giving Britain a world class airport that we can all be proud of.”


(Anne Paylor - ATWOnline News)
Posted by Michael Carter at 10:08 AM