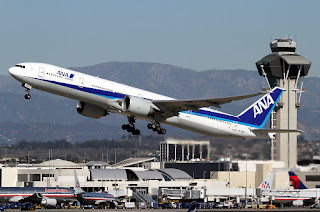 All Nippon Airways (ANA) is focusing on more destinations and frequencies rather than larger aircraft for domestic operations, president and CEO Osamu Shinobe told ATW on the sidelines of the Star Alliance chief executive board meeting in Warsaw last week.

“On the international side, we are seeing that more slots will be available [in the future] at Tokyo Narita and Tokyo Haneda airports. Increasing the network and frequencies by operating Boeing 777s and 787 longer range aircraft has more priority than having larger aircraft,” he said.

ANA will launch new services to Houston International, Kuala Lumpur and Brussels this year. ANA is also considering starting services to Australia in 2015. “All of those destinations should operate from Narita,” Shinobe said.

ANA operates a two-hub concept in Tokyo. At Narita, the Japanese carrier wants to connect passengers between the US and Asia as an international hub. Most of its European flights are concentrated at Haneda because few passengers from Europe connect to Asia via Japan.

Shinobe is realistic that ANA cannot have all its capacity at only one Tokyo airport. “Using both airports in a very efficient way is the only option we can choose,” he said. Currently, ANA’s international slots at Haneda are based on 23 round trips/46 slots per day.

The Japanese government is also working on an updated airspace scenario for the Tokyo-Bay airspace area that could allow up to 50 more flights per day at Haneda.

ANA operates 33 787-8s and three 787-9s. It has 83 aircraft on order, including the larger -10.
Shinobe said ANA’s business so far this year is doing well, especially on routes from Japan to Asia, China and the US. “The European market is the weakest; also the weak yen has created a headwind for Japanese travelers,” he added.