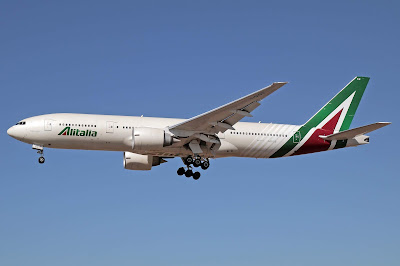 Italian rail company Ferrovie dello Stato (FS) appears to be in pole position to acquire bankrupt Alitalia and is in talks with a number of airlines that could partner with it to run the carrier if its bid is successful.

Italian news agency ANSA, citing FS CEO Gianfranco Battisti, reported that UK-based LCC easyJet is among the airlines with which FS is having talks.

Alitalia received two binding bids, including the FS bid, and one expression of interest by the Oct. 31 sale deadline, the latest step in the long search for a partner to help the Italian flag carrier relaunch, which has dragged on since it filed for bankruptcy in May 2017.

Battisti said Nov. 20 that FS was waiting for a response from Italy’s economic development ministry on whether its offer had been accepted. “We are waiting for the conditions to be made official, after which we’ll get started on the project,” Battisti said.

FS emerged as the frontrunner to revive Alitalia as part of an integrated transport company, which is also aimed at boosting Italian tourism, after Italy’s coalition government said it wanted to keep the carrier at least partly in Italian hands. Alitalia unions are also pressing for the airline to be owned by an Italian company, but FS would need airline management expertise.

ANSA also reported Nov. 21 that FS had received a letter from the special commissioners who have been steering Alitalia through the long-running sale process since it entered into administration, which stated that its bid had been judged positively.

EasyJet has previously confirmed it submitted an expression of interest in Alitalia while Lufthansa has said it will not invest in Alitalia together with the Italian government or a state-owned Italian company, but could imagine a commercial partnership with the airline.

Atlanta-based Delta Air Lines, a fellow SkyTeam partner with Alitalia, is also thought to be one of the interested parties.

Alitalia also confirmed Nov. 20 that one of its special commissioners had resigned. Luigi Gubitosi has been named CEO of Telecom Italia.