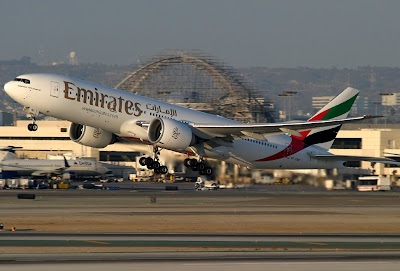 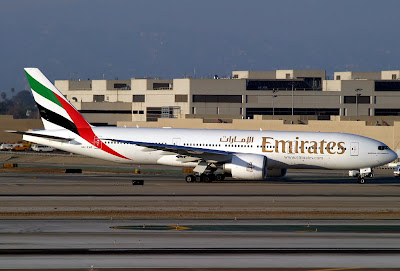 On Sunday October 26th, Emirates flight 215 touched down at Los Angeles International Airport (LAX) at 1:55pm as it arrived from Dubai (DXB) after completing the first scheduled non-stop flight between the two cities. The flight which covers a distance of 8,339 miles is a 16hr 45mn flight from Dubai with the return clocking 16hrs.

The carrrier will operate the flight three times a week (Wednesday, Friday and Sunday). Once Emirates receives it's second aircraft the route will become a daily operation.

Posted by Michael Carter at 2:43 PM