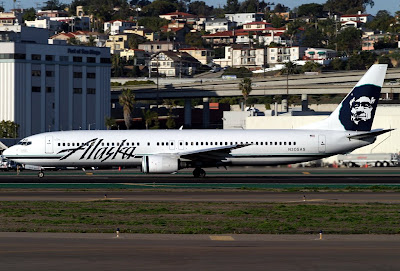 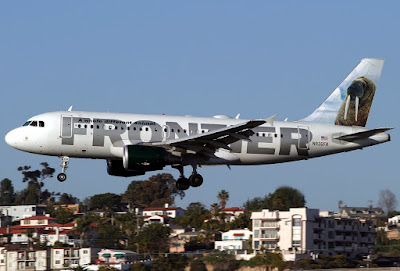 The airport was offically dedicated on August 16th, 1928 but was in the news headlines the previous year, 1927 from where Charles A. Lindbergh commenced his historic transatlantic flight. Taking-off from Dutch Flat, Lindbergh turned the "Spirit of St. Louis" towards St. Louis and then onto New York, and finally Paris France completing this world famous flight.

San Diego saw it's population boom with the start of World War II. The U.S. Army Air Corps took over the airport in 1942 and made numerous improvements the biggest being to the runways enabling them to handle the heavy bombers produced by local manufacturers.

At the dawn of the jet-age, San Diego Municipal Airport - Lindbergh Field was well positioned to accomadate the new commercial jet airliners with it's 8,750-foot runway. In September 1960 United Airlines became the first airline to introduce pure jet service followed by American Airlines.

Today the airport is the nations busiest single runway commercial airport, having served over 17 million passengers in 2005. The airport is served by 18 air carriers and seven freight carriers and contributes $5 billion annually to the regions economy.

Above Photos by Michael Carter

Frontier Airlines Airbus A319-111 N936FR (2392) arrives in a warm and sunny San Diego from a cold and snowy Denver in February.

Posted by Michael Carter at 7:34 PM