Boeing to roll out largest Dreamliner in South Carolina this week 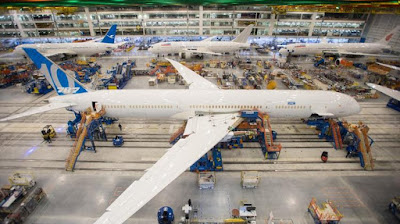 The Boeing Co. will debut the 787-10 during a rollout event set for Friday at its facility in North Charleston, S.C.

That is the largest of the 787 Dreamliners for Boeing, which announced the planned event on Twitter on Tuesday.

The South Carolina facility is the exclusive assembly line for the 787-10 model, but the aircraft won’t roll out of the building without first getting some help from Wichita.

Spirit AeroSystems Inc., the city’s largest employer, builds the complete forward fuselage for the 787 family of wide-body aircraft. That work includes installing the cockpit and avionics.

The company also builds wing components for the 787 at it’s plant in Tulsa, while other local suppliers also have work on the Dreamliner program.

Dreamliner parts made in Wichita by Spirit are flown to Boeing’s facility in South Carolina and to the other 787 line for the -9 and -8 models in Everett, Wash., on the specialized cargo aircraft known as the Dreamlifter.