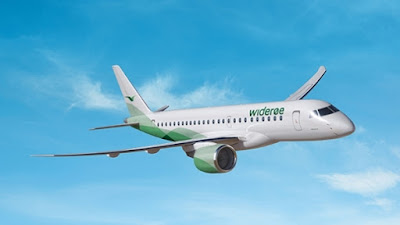 Norwegian regional airline Widerøe will become the first airline to operate the Embraer E190-E2, when it receives its initial aircraft in the first half of 2018.

In an announcement released Feb. 14, Embraer confirmed that Widerøe, the largest regional airline in Scandinavia, will be the first operator for the new E2 family of aircraft.

“The market is keen to know the identity of the E190-E2 launch operator,” Embraer Commercial Aviation president and CEO John Slattery said. “Widerøe are proven pioneers in their field who have achieved major success and still remain hugely ambitious, similar in many ways to the path taken by Embraer.”

Widerøe has three 114-seat E190-E2s on firm order and purchase rights on a further 12 E2 family aircraft, with a list value of $873 million if the deal is fully exercised.

“Knowing the hard work Embraer is doing in the certification campaign, especially in terms of maturity, we have every confidence in a smooth entry into service. The E190-E2 will be a big leap in Widerøe’s history, and our planning for the first deliveries is now well underway,” Widerøe CEO Stein Nilsen said.

The E190-E2 is the first member of the E-Jets E2 family, which has accumulated 690 commitments to date (275 firm orders, plus 415 letters of intent, options and purchase rights). “The E2 program remains on target with technical specification guidance, on time and on budget. Our team remains focused on a successful delivery to Widerøe in the first half of next year,” Slattery said.


(Victoria Moores- ATWOnline News)
Posted by Michael Carter at 9:00 AM