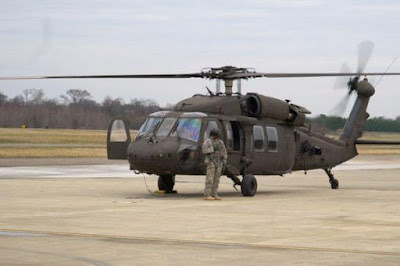 Northrop Grumman provided the Integrated Avionics Suite for the UH-60V Black Hawk, which upgrades the helicopter from the U.S. Army's UH-60L configuration with a digital cockpit. (Photo courtesy of Northrop Grumman)

The UH-60V features upgrades from the Army's UH-60L configuration, including digital cockpit enhancements. The Army contracted Northrop Grumman to perform the upgrades for the aircraft in 2014.

"This UH-60V first flight accomplishment reaffirms our open, safe and secure cockpit solutions that will enable the most advanced capabilities for warfighters," Northrop Grumman mission solutions vice president Ike Song said in a press release. "We remain committed to delivering an affordable, low-risk solution that provides long-term value and flexibility to customers."

The UH-60V upgrade is based on the AH-1Z and E-2D Advanced Hawkeye enhancements performed for the U.S. Marine Corps and the U.S. Navy.