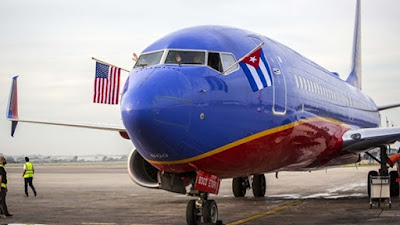 Since American Airlines and JetBlue launched the first commercial passenger flights between the US and Havana Nov. 28, four additional US carriers have begun scheduled service to the island nation’s capital, including United Airlines, which began Newark-Havana service Nov. 29, and Delta Air Lines, Spirit Airlines and Frontier Airlines, which all began service Dec. 1. Alaska Airlines will launch its Havana service from Los Angeles Jan. 5, 2017.

The US announced the resumption of commercial passenger airline service to Cuba following the signing of an agreement between the two countries Feb. 17. The first commercial flights between the US mainland and Cuba began Aug. 31, with a JetBlue flight from Fort Lauderdale, Florida, to Santa Clara, Cuba. That same day the US Department of Transportation awarded eight US airlines service routes to Havana.