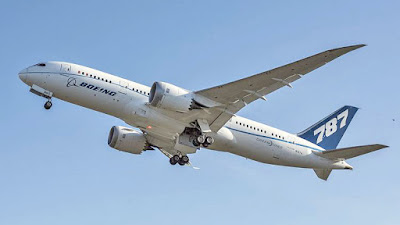 Rolls-Royce said its new Trent engine has powered a Boeing 787 Dreamliner in the air for the first time during a flight from Boeing Field Wednesday.

The Trent 1000 TEN engine – TEN stands for thrust, efficiency and new technology – has been picked to power the first test flight of the Boeing 787-10 version of the Dreamliner next year, Rolls Royce North America spokesman Joel Reuter said.

Wednesday's test flight took a Boeing 787-8 to an altitude of 43,000 feet and speeds near Mach 0.85 (Mach 1 is the speed of sound). Tests included in-flight restart performance and engine handling, Rolls-Royce said in a statement.

The first 787-10 will cycle through Boeing South Carolina's Dreamliner facility as major sections are joined, interior and exterior components are completed, the aircraft's power is turned on and production tests begin, said Sanger.

The tests come as Boeing workers in South Carolina have begun final assembly of the first 787-10, Boeing's largest Dreamliner variant.

"This is the result of years of preparation and solid performance by our Boeing teammates and supplier partners," he said in a news release."This achievement is another example that demonstrates Boeing's ability to develop great airplanes in a disciplined fashion in order to meet our customer commitments."

The first 787-10, a stretched variation of the advanced wide-body which features extra passenger seats and more capacity to carry air cargo than two earlier Dreamliner models, is expected to fly in 2017.

Boeing has so far received 154 orders for the 787-10 from nine customers. The first airline delivery is scheduled for 2018.