Philippine Airlines finalizes order for up to 12 Q400s 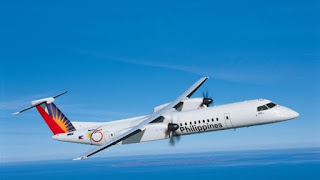 Manila-headquartered Philippine Airlines has finalized a firm order for five Bombardier Q400s and purchase rights for another seven, launching the two-class, 86-seat variant.

The deal dates back to a letter of intent that was originally announced Oct. 14, 2016. The five firm aircraft are valued at $165 million at list prices, or $401 million if purchase rights are firmed, and are scheduled for delivery in 2017.

Philippine Airlines will use the aircraft to develop its domestic operations from secondary hubs and increase intra-island connectivity. The airline serves 30 destinations in the Philippines and over 43 destinations in Southeast Asia, East Asia, Middle East, Oceania, North America and Europe.


(Victoria Moores - ATWOnline News)
Posted by Michael Carter at 10:57 AM