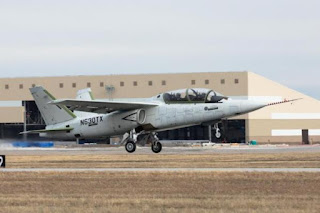 The multirole, twin-engine aircraft flight took off from McConnell Air Force Base in Wichita, Kan., and flew for 1 hour and 42 minutes, the company announced, and is set to begin a flight test program, which will involve the U.S. Air Force.

The production variant of the Scorpion features avionics by Garmin, which is based on the advanced G3000 integrated flight deck and which is optimized for military operations. The newly configured G3000 avionics system has a large, high-definition display and two high-definition touch-screen controllers.

Changes to the airframe of the aircraft include an additional four degrees of sweep to the wings and an enhanced aft horizontal stabilizer for improved high-speed performance.

A prototype Scorpion has been demonstrated in 10 countries as part of the company's self-funded development program.