Looking to increase revenue amid tough competition, Southwest Airlines has announced several fee changes, including higher charges for checking a third bag and for failing to cancel a ticket before missing a flight.

The Dallas-based airline — the nation's largest passenger carrier — will continue to charge nothing for the first two checked bags and for changing a flight after buying a ticket.

The changes, announced Friday during an investors' conference in New York, are expected to help the airline increase revenue from extra fees by $300 million annually. The changes are not expected to take effect until 2013. 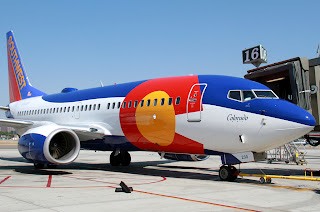 The fees for a third bag and for overweight or oversize bags will rise to $75 from $50. The charge for an "early bird" check-in that lets passengers board early increases to $12.50 from $10. The airline has yet to outline the fee for failing to cancel a restricted ticket before missing a flight.

Southwest has long billed itself as the airline that doesn't "nickel-and-dime" passengers with extra fees like many of its competitors. The world's largest airlines are expected to collect $36.1 billion in passenger fees in 2012 — including charges to check bags, buy food and drinks and use onboard wireless Internet.

Southwest Chief Commercial Officer Bob Jordan said the "no-show" fee will generate revenue and give passengers an incentive to call the airline before missing a flight so that Southwest can resell those empty seats.

"So it's a double win there," he said during the investors' conference. "We are still working through the changes but we have made the decision to do it."

Many thanks for the exciting blog posting! I really enjoyed reading it, you are a brilliant writer. on Cheap Cheapest Flight TicketsI actually added your blog to my favorites and will look forward for more updates. Great Job, Keep it up.. :)Cheapest airline ticket

Maybe Southwest Airlines realized that it is about time to increase their fare but oversize baggage fee of $50 from $7 is too much.