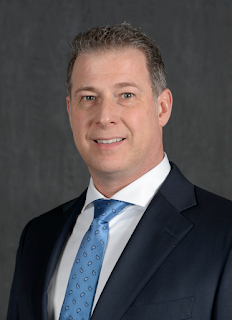 The chairman of United Airlines' pilots union, unanimously re-elected Tuesday in a rare display of labor unity, voiced support for the airline’s management team and said he will focus on benefit improvements in ongoing contract talks.

Todd Insler, 49, was elected to his second consecutive two-year term in a 19-0 vote by the master executive council of the United chapter of the Air Line Pilots Association, as were the council’s three other top offices. Their terms begin March 1.

Insler also retains a seat on United’s board of directors. United has about 12,500 pilots.

The re-election comes as the two parties have started talks on a contract that becomes amendable Jan. 1, 2019, with United seemingly on a positive path even though it has trailed peers American and Delta in margin performance and, during 2017, in share price performance.

In early afternoon trading Wednesday, United shares were up nearly 7% after the carrier said fourth quarter unit revenue will be flat, exceeding earlier guidance towards an approximately 2% decline.

President Scott Kirby and Chief Financial Officer Andrew Levy “have said we ought to be the highest paid pilots in the industry, and we are,” said Insler, Newark-based Boeing 757/767 captain. “In order to be able to hire the best people, we have to be able to [further] differentiate ourselves. We think the best way to do that is to have the best benefit package.”

During the United bankruptcy, which lasted three years and ended in 2006, United pilots lost a defined benefit pension plan and other benefits. “The rug was pulled out from under us,” Insler said. “We had a decade of stagnation. We saved this company and now we need to claw back to where we were.”

On Jan. 3, American became the first airline to roll out $1,000 bonuses for all employees. Southwest and JetBlue soon followed. Insler reiterated that benefit improvements are more welcome because they are not taxed in the same way.

“United got a huge tax break over the next few years [due to reduction of corporate income tax] and that money needs to be invested in employees,” Insler said. ““Putting $1,000 in my hand is great -- but put it into medical, dental and retirement.”

Insler said he believes in the management team headed by CEO Oscar Munoz.

He said the team has had to make up for damage done by predecessor teams headed by Glenn Tilton, who kept the company in bankruptcy for three years while he searched for a merger partner, and then by Jeff Smisek.

Insler, who became a United pilot in 1995 (He earlier spent a year as an intern at the Denver flight training center), said Munoz is the best CEO he has worked for.

“We have disagreements,” he said of Munoz. “But what he did was provide leadership when there was a leadership gap. He provided a long-term vision and acknowledged the importance of the employees.

“His predecessor [Smisek] decimated the company and {Tilton] walked out of here with more money than Oprah," he said.

Insler said Kirby is trying to rebuild an airline that for years had eschewed domestic route growth.

“We were really mismanaged by our previous leaders,” he said. “United’s answer was to shrink while everybody else doubled down and grew. Wall Street is short-sighted and doesn’t like growth, but we are on a long-term mission.”