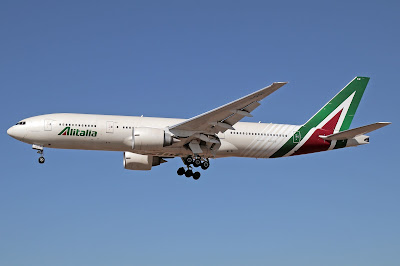 Alitalia’s special administrators are set to choose the successful bidder with whom they want to begin exclusive negotiations about the bankrupt airline’s future within days, Italy’s economic development minister said.

Carlo Calenda told Italian radio station Radio Capital that the administrators who have been running the airline since the Italian flag carrer filed for bankruptcy in May—70 years after its first flight—hope to choose the best among the three offers still on the table by the end of this week or early next week.

Talks would focus on job-cut plans, strategy and connections for the Italian market, he said.

Italian media reported Lufthansa was the favorite, ahead of offers from UK LCC easyJet and Cerberus Capital Management.

In October, Italy’s government increased its funding for Alitalia and pushed back the deadline for the sale from November to April, after it emerged that Lufthansa had submitted an offer.

The German group said at the time it wanted to establish a restructured “New Alitalia,” and was interested in parts of the global network traffic and European and domestic point-to-point business. That deal is thought to be worth around €500 million ($598 million) and to involve major job cuts.