WestJet confirms it will start Vancouver to China flights 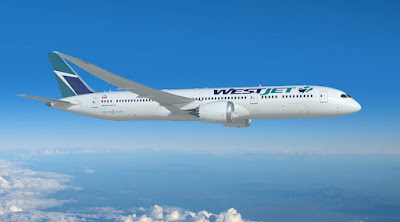 WestJet has plans to become a major player in the Asia-Pacific in its evolving strategy of becoming a traditional global airline.

During a speech at the Greater Vancouver Board of Trade on Thursday, WestJet CEO Gregg Saretsky said Vancouver International Airport will be key for its expansion plans.

The airline has applied to Transport Canada for designation to serve destinations in China, but the routes and the dates for when the new routes will start is not known as the federal government still needs to negotiate with Chinese aviation authorities in Beijing.

Such an expansion to the Chinese market aligns with the federal government’s goal of doubling the number of inbound arrivals from China to Canada by 2022.

“We’re looking at east, west, and south from YVR,” said Saretsky. “We’re entering into the century of the Asia Pacific region.”

He added that WestJet is also exploring non-stop routes to South America, perhaps even bringing back routes to Lima, Santiago, and Buenos Aires.

WestJet currently operates 76 non-stop routes from YVR. It launched its first routes to Europe last fall, with six-times weekly flights to London Gatwick Airport. At the end of this month, it will commence new direct routes to London and Hamilton in Ontario and Halifax, Nova Scotia, which will be YVR’s only non-stop service to the Maritimes’ largest city.