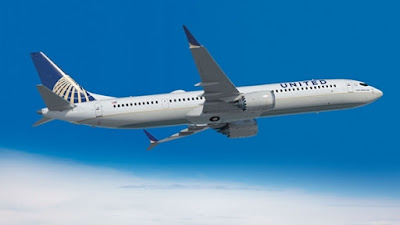 Boeing’s strong opening act for the new 737 MAX 10, the largest of its re-engined narrow-body family launched this week at the Paris Air Show, continued Tuesday with major orders from United Airlines and Chinese lessor CALC.

Chicago-based United Airlines is converting 100 of its previous 737 MAX orders to the new -10 variant. The conversion makes United the largest single 737 MAX 10 customer.

“The 737 MAX 10 will enable us to continue using larger and more efficient aircraft within our domestic network,” United EVP and CFO Andrew Levy said.

Boeing Commercial Airplanes president and CEO Kevin McAllister said the order “not only makes United a launch customer for the MAX 10, but makes it the largest MAX 10 customer in the world. United is one of Boeing’s largest customers, with 600 in service and 200 on order.”

McAllister noted this was the 11th Boeing aircraft for which United had been a launch customer, going back to the Model 88 around 1928.

United SVP-finance, procurement and treasurer Gerry Laderman said the MAX 10 was of particular interest to the carrier: “We’ve had great success with the stretch models of several aircraft, such as the 757-300 and 767-400, both of which we would call simple, economic stretches. We hope that the MAX 10 will be as successful.”

“The MAX 10 for us will largely be a domestic aircraft. Our need for replacements for the 757 is on transatlantic routes, so for both the 757 and 767-300 we’re looking forward to a next-generation aircraft to replace those,” he said.

Laderman noted the 100 MAX 10s would be conversions from United’s existing order for 161 MAX 9s. The first MAX 9s are scheduled to reach United in April 2018.

All MAX aircraft are sole-source powered by CFM LEAP-1B engines.

The four new 777-300ERs also announced at the show are expected to be in service by the end of 2018, with the first three expected to arrive in time for next summer.

United also announced an order for four additional Boeing 777-300ERs, which takes its orders for the widebody to 18.

China Aircraft Leasing Group (CALC), meanwhile, confirmed an order announced last week for 50 737 MAXs, revealing that 15 of aircraft will be the -10 variant. This was CALC’s first direct purchase from Boeing, with a value of $5.8 billion at list prices.


(Alan Dron - ATWOnline News)
Posted by Michael Carter at 7:33 AM