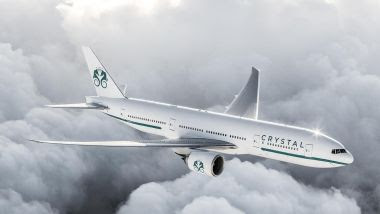 Crystal Cruises has canceled its VIP air cruise program for the super affluent and offered refunds just weeks before its specially designed Boeing 777 is to be delivered.

The company will still accept delivery of its Crystal Skye Boeing 777-200LR on Aug. 1, but seven trips were affected by the move.

Travelers who booked on previously scheduled Crystal AirCruises journeys in 2017 and 2018 will receive a full refund, the company said. The luxury travel company said it would offer those passengers what it described as "a complimentary experience" on a Crystal ocean or river cruise in 2017 or 2018.

Instead, the Crystal Skye has been chartered for a 10-day, nine-night “Golden Week Holiday Air Cruise” between Friday, Sept. 29 to Sunday, Oct. 8, 2017. The inaugural tour will start from Hong Kong or Macau, depending on client interest, the travel company said.

“The Golden Week Holiday in China is an opportune time for the launch of Crystal AirCruises in Asia,” Genting Cruise Lines President Kent Zhu said in a news release. “The itinerary will be attractive to all Asians, including three-generation families, who often travel together during this extended holiday period. The detailed itinerary will be unveiled by the end of June."

The Crystal Skye, whose luxury interior was designed by Redmond-based Greenpoint Technologies and outfitted in Moses Lake, will then be available for charters and other special interest Air Cruises following that inaugural journey, the company said.