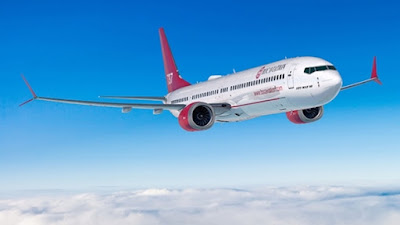 Singapore-based leasing company BOC Aviation announced a memorandum of Understanding (MOU) with Boeing for 10 of the newly announced MAX 10 versions of the 737. The MOU is subject to internal approvals.

The announcement is valued at approximately $1.25 billion at list prices and will be posted to the Boeing orders and deliveries website once finalized.

BOC Aviation was the first of a stream of orders for the 230-passenger MAX 10 scheduled to be announced at the show. Boeing has said that the aircraft has been launched with more than 240 orders and commitments from 10 customers.

BOC has committed to more than 300 Boeing aircraft since its establishment. It took delivery of its 200th Boeing aircraft in March 2017 and has an additional 74 737 MAXs on order.

“BOC Aviation and Boeing have been partners for more than 20 years, providing the very best airplanes to their customers around the world and the 737 MAX 10, with its lowest seat costs of any single-aisle airplane, will continue this tradition,” Boeing Commercial Airplanes SVP-global sales and marketing Ihssane Mounir said.

Like Boeing’s other 737 MAX models, the MAX 10 will be powered by the CFM International LEAP-1B engine.