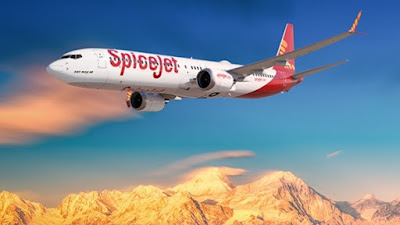 Indian low-cost carrier SpiceJet has signed a memorandum of understanding (MOU) covering 40 Boeing 737 MAX 10s, although 20 of these are conversions from an existing MAX 8 order.

Once firmed, SpiceJet will join the 737 MAX 10 launch customer group.

“The agreement, valued at $4.7 billion at current list prices, is split evenly between 20 new orders for the 737 MAX 10 and conversions of 20 of the low-cost carrier's 737 MAX 8 airplanes from its existing order to 737 MAX 10s,” Boeing said, announcing the agreement at the Paris Air Show.

Boeing said the order will be posted to its orders and deliveries website once it is finalized.

“With the introduction of our 737 MAXs next year, we will be able to further expand our network, while keeping our costs low for our customers,” SpiceJet chairman and managing director Ajay Singh said.

“We got into a lot of trouble in 2014 and Boeing was there to support us. They ensured SpiceJet was revived again and became strong, therefore when we decided to place a new order, we decided to stick with our Boeing and I don’t think they will let us down. We think max completely change economics of SpiceJet.”

He added that SpiceJet evaluated the A321neo before placing the original MAX order. “Airbus approached us with an aggressive offer, but we felt that that in the MAX we had a better aircraft and in Boeing a better partner.”

Over the last 24 months, SpiceJet’s load factor has been over 94%. Singh said the MAX 10 can carry up to 230 passengers, capacity which is much-needed as “terribly slot-constrained” airports like Delhi and Mumbai quickly run out of capacity.

“For those airports, this is the perfect aircraft to get more people in than before. This is the fastest growing aviation market in the world today, but despite being the fastest growing market only 3% of Indians fly. The potential is enormous and SpiceJet intends to play a large part in the growth of the Indian market,” he said.

SpiceJet is also a potential customer for Boeing’s new middle of the market aircraft.

“From our side, they are very much in the target market and a target customer,” Boeing Commercial Airplanes president and CEO Kevin Mcallister said. “The way they are approaching their growth and running the airline means they can give us very important feedback if and when we bring this aircraft to market.”

Singh responded, saying: “We would love to be part of the discussions on the middle of the market aircraft. We have 1.3 billion people here who don’t necessarily need to travel through a hub. We think there is great potential in that market. We are still in the process of first absorbing the MAX fleet that we are going to get, covering our own country with small aircraft, but certainly this is something for the future.”

Another part of SpiceJet’s future strategy is the potential to go long haul. “The demand is certainly there, but I’m not sure the economics work at this time, so this is something we are studying and will be discussing with Boeing extensively,” Singh said.

SpiceJet operates a fleet of 35 737NGs and 20 Bombardier Q400s. The carrier plans to grow its fleet to 200 aircraft by the end of the decade and is looking to expand regionally with the 737 MAX family.

The Indian carrier will take delivery of its first 737 MAX in 2018.