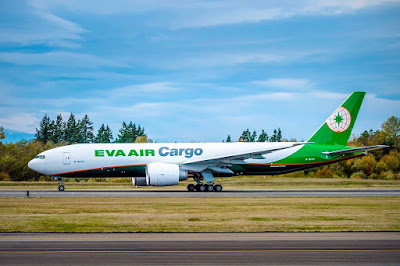 EVA Air has taken delivery of its first Boeing 777 Freighter, as part of its fleet modernization plan.

It will put the aircraft on services between Asia and North America in late November, says the Taiwanese airline in a statement. It currently operates cargo services to the North American points of Los Angeles, San Francisco, Chicago, Dallas/Fort Worth and Atlanta.

With the addition of the General Electric GE90-powered 777 freighter it allows it to operate to any North American destination from Taiwan, with a technical stop in Anchorage.

The carrier has another four of the freighters on order, all of which will be delivered by September 2019. With the deliveries, it will retire its five remaining 747-400 Freighters by the end of 2019.

The airline's executive vice-president of corporate planning Albert Liao tells FlightGlobal that the carrier's cargo strategy is to utilize the five 777 freighters as well as the belly hold of its 34 777-300ER aircraft to ensure a "sustainable" cargo business in "good and bad times". 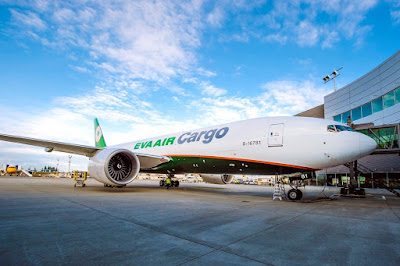 "There's a lot of ups and downs in the cargo business. We used to have more than 18 wide-body freighters and it was a challenge. Now we try and make our fleet modern and more concise."


(Mavis Toh - FlightGlobal News)
Posted by Michael Carter at 9:02 AM