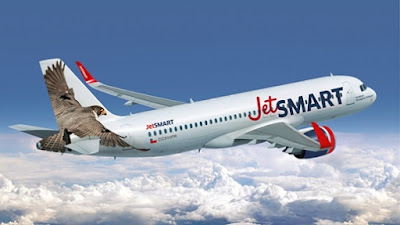 Arizona-based investment firm Indigo Partners introduced its new ultra-low-cost carrier (ULCC), JetSMART, on Feb. 3 in Santiago, Chile. Utilizing a fleet of new Airbus A320s, the new ULCC expects to operate three aircraft by the end of the year, and nine by the end of 2018.

“In Chile [we] believe there is an overlooked customer segment wanting to fly, but for the right price,” Franke said. “Chile is an attractive entry point for the launch of a low-fare carrier, [it has] economic stability and aviation traffic growth; [a] growing economy; [a] supportive and fair regulatory environment; and open skies and strong bilateral treaties with neighboring countries.”

JetSMART will be headed by CEO Estuardo Ortiz, former Avianca Holdings EVP and COO and TACA Airlines EVP and COO.

“The [ULCC] model at JetSMART will mean lower airfares for all Chileans, which will encourage non-fliers to fly and regular fliers to fly to various points in Chile and beyond,” Ortiz said.

“In Europe, low-cost airlines account for 40% of all air travel. In the United States, they represent about 7% and the market share has grown for these companies by 10.3% in the last three years. By 2034, low-fare operators are expected to account for 21% of the world market,” Franke said. “We at Indigo have spent the last 15 years developing and refining this business model and we believe that the arrival of a similar airline in Chile will be well received.”


(Mark Nensel - ATWOnline News)
Posted by Michael Carter at 10:13 AM